The goal of this article is to give you a high level overview of Gradle and how it fits into the entire build system when developing Android applications. I’ll go through the basics of Gradle and the Android Plugin for Gradle. I’ll then go through the default build.gradle scripts that come with a new Android Project.

This article will not teach you how to write custom Gradle scripts or anything of that sort. At the title says, it’s really meant for beginners.

I’ll start off with a confession: I’m mainly an iOS developer. Throughout my career, only a quarter of it has been spent working on Android applications. Because of this, I never really understood what Gradle was. I knew that it was “the thing” that went to work whenever I clicked on the green play button in Android Studio, but I had no idea what it actually did.

This lack of knowledge made me very impatient whenever I saw the words “Gradle Build Running” for more than 10 seconds. “What’s taking so long?” I’d ask Android Studio, hoping for some sort of a sign that it wasn’t just stuck. At work, whenever I saw an Android dev blankly staring at the screen, I’d often jokingly ask them “are you waiting for Gradle to build?”

Eventually I got frustrated and decided to figure out if I could cut down the build time. I watched a talk from Google I/O ’17 titled “Speeding Up Your Android Gradle Builds” confident that I’d unlock the key to all the Gradle speed I ever wanted. 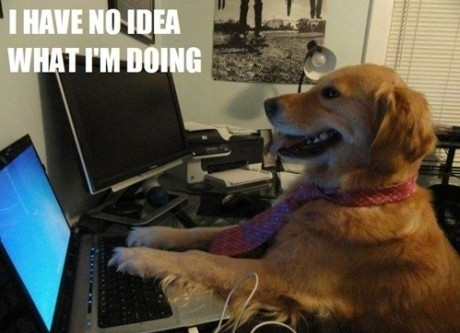 What I got instead after 40 minutes was the realisation that I knew nothing about Gradle, hence I would have no chance at all at making it any better. I put my foot down and decided that it was time for me to understand Gradle.

To kick things off, let’s clear up some things:

Yes, you read that correctly.

Gradle itself has no idea how to compile an APK file because Gradle is actually a general purpose build tool. It is not limited to building Android apps. On Gradle’s GitHub repository, it’s described as:

…a build tool with a focus on build automation and support for multi-language development. If you are building, testing, publishing, and deploying software on any platform, Gradle offers a flexible model that can support the entire development lifecycle from compiling and packaging code to publishing web sites.

On its own, Gradle itself isn’t actually able to do much. All of its useful features come from its rich plugin ecosystem. Think of all those third party libraries that you add into your Android app as plugins. You use those plugins to extend the functionality of your application, just like how Gradle uses plugins to extend its own functionality.

The Android Plugin for Gradle is the plugin that enables Gradle to be able to compile your code into an APK file, sign your APK with your keys and even install the APK onto your emulator or test devices. This plugin is what drives your entire build system.

Diving into the Scripts

Now that we’ve got some of the basics down, let’s look into how this actually translates to the real world. I’ll go through the files that you get when you start a brand new project in Android Studio:

（“Open up your Gradle file” they said..）

What are all these files for?

All the files with the word “gradle” in them are used to configure Gradle for our Android projects. There are multiple files because they all serve different purposes.

The gradle-wrapper.properties file has one simple purpose: to determine which version of Gradle to use to build the project. It will then automatically download and store that version of Gradle for you. If you’re on a Mac, run the following command:ls ~/.gradle/wrapper/dists/ You’ll be able to see all the versions of Gradle that the Gradle Wrapper has ever downloaded for you.

Take note that your Gradle version is separate from your Android plugin version. At the time of writing, the current latest version of Gradle is v4.3. Android Studio still defaults to v4.1, so you can safely bump this up to v4.3 if you like.

The settings.gradle file is where you inform Gradle about all of the sub-projects/modules that your project has. This is done through the includecommand. If you were to add another module into your project, Android Studio will automatically add it into this file. 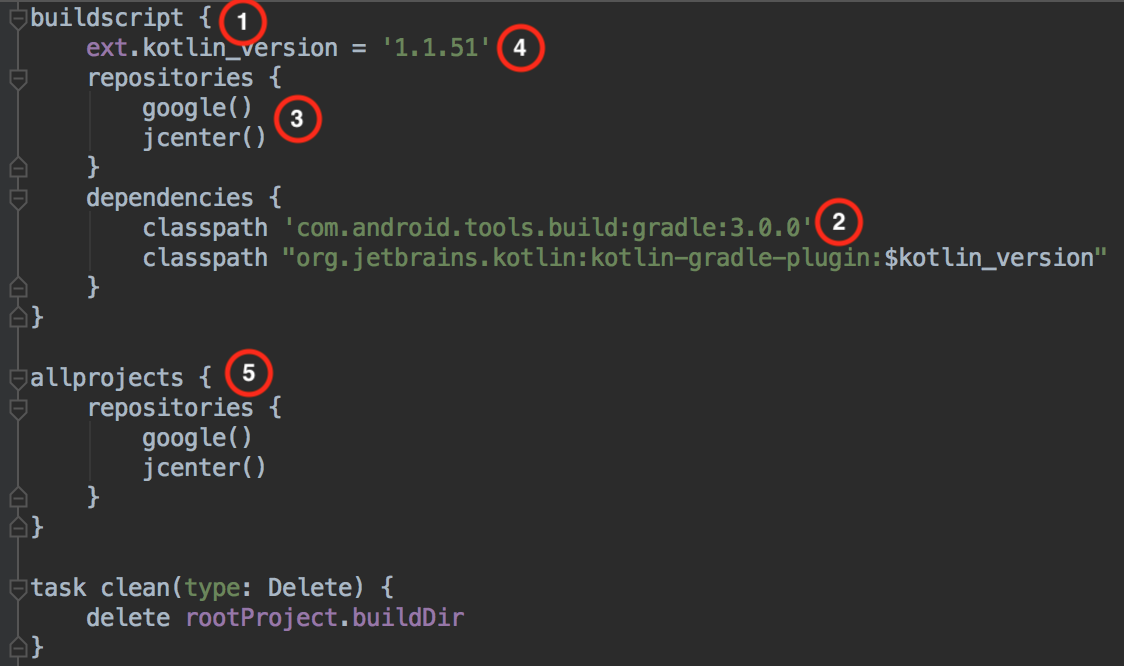 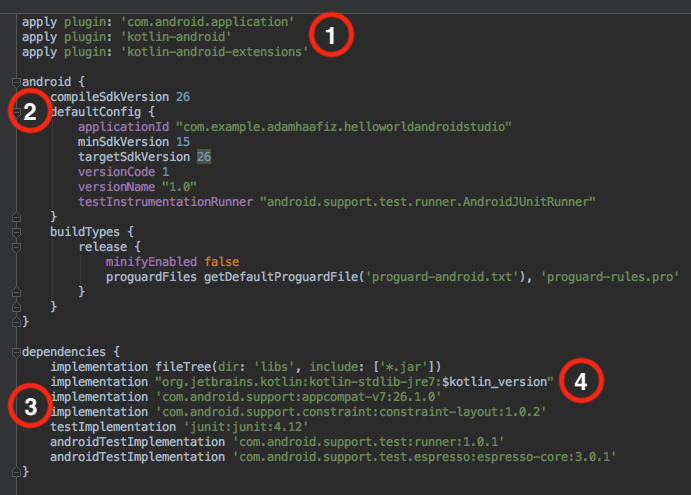 Now that we’ve dived through the scripts, there’s one more thing about Gradle that you need to know about: tasks.

Tasks are basically the things that Gradle can do whenever a build is triggered. Remember earlier I said that Android Studio has no idea how to compile your code? That’s because clicking on the big green play button in Android Studio will trigger a specific task for Gradle to perform. 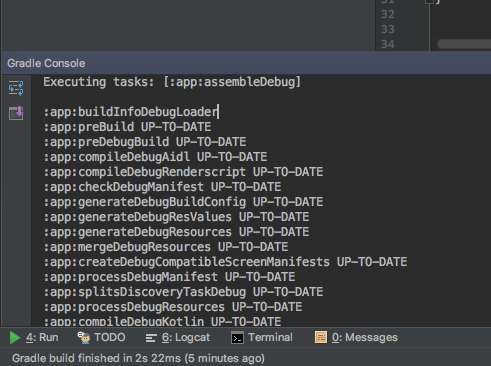 On the bottom right corner, click on the “Gradle Console” button to open up the Gradle console. Then click on play button to run the app. A bunch of commands will appear, but we only care about the one at the top:

We just told Gradle to perform the assembleDebug task. We can do the exact same thing via the command line. Click on the Terminal tab at the bottom left and run this command: ./gradlew assembleDebug --console plain 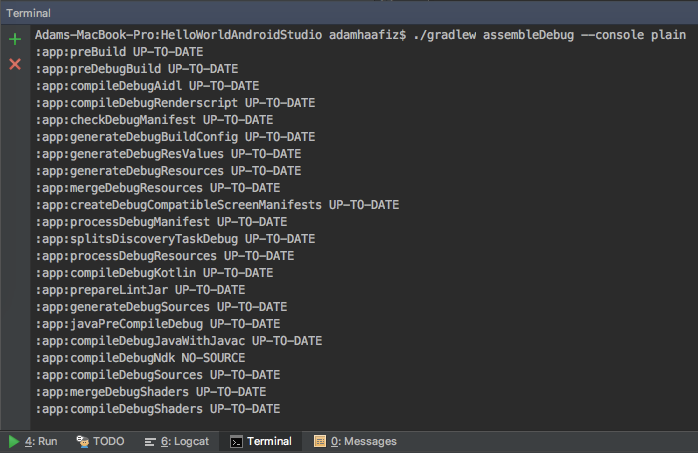 Voila! You just made Gradle run the exact same command that the play button did. A few things to note:

This command will list out all the tasks that Gradle currently knows about in this project and it provides a short description about what each task does. Cool right?

Now go and click on the Gradle tab at the top right of Android Studio. 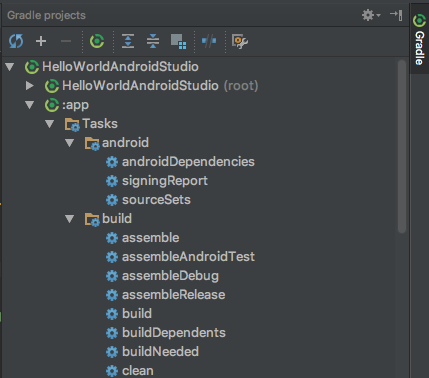 Tada! It’s the same stuff. This segment just lists out all the possible tasks the Gradle can run for this project. Double clicking on assembleDebug here does the same exact thing you did just now on the command line, and does the same thing as the play button.

If you run the Rebuild Project command in Android Studio while keeping the Gradle Console open, you’ll realise that all it is doing is to run the clean task followed by the assembleDebug command. This is how I found out that running Clean Project before Rebuild Project was completely unnecessary as Rebuild Project would run the same clean task anyway. The more you know!

I hope that this article has given you a better picture of how Gradle fits into your development workflow. This took way longer to write that you would think, but it was well worth it for me. I’ve since rewatched the “Speeding Up Your Android Gradle Builds” video and I’m proud to say I’m no longer completely lost by the end of it.