If you are new to Linux then I'm sure you are giving up lots of time choosing Desktop Environment of your Linux Distribution. You are probably thinking to give a try to each one of them but that's very time consuming. Edit - There are other good DEs also That's why I'm reviewing the 5 Best Linux Desktop Environments with the pros & cons. The article gives you what you should know for choosing a DE. So let's get started! 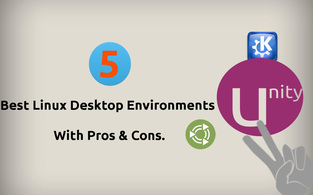 I wanted to start from #5 but I thought let's put the #1 straight to you. Yeah! That' KDE. Although you are not interested but KDE development was started in 1996 and released its first version in 1998. KDE is the most customizable DE that means you can customize each and everything in this DE.  It is built on modern technologies like Qt. KDE is offered by many popular Linux Distributions, such as, Ubuntu, Linux Mint, OpenSUSE, Fedora, kubuntu, PCLinuxOS and many more.

KDE is the most customizable Desktop Environment among others. As in other desktop environment you need several plugins, widgets and tweak tools to customize the environment, KDE builds all of the tools and widgets packed in the system settings. With the advanced settings manager everything can be controlled without any third party tool to beautify & tweak the desktop according to the user's wishes and needs.

KDE's Plasma 5 development is the most advanced DE ever that comes with many improvements, mostly focused on visual experience (better launchers, menus and notifications) and usability across different devices. Plasma is also faster and compatible even with old and low configuration hardware. 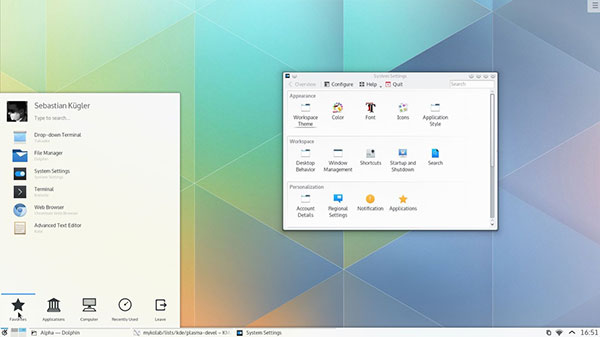 The #2 in list is MATE. MATE (Spanish pronunciation: [ˈmate]) is a desktop environment forked from the now-unmaintained code base of GNOME 2. It is named after the South American plant Yerba mate and tea made from the herb,mate. The use of a new name, instead of GNOME, avoids conflicts with GNOME 3 components. MATE was built by one of the unhappy user who did not like the turn of Gnome 2 toward Gnome shell for the modernization of the Desktop.

MATE gives the feelings of using the old desktop environment but has got lots of interface improvements over the time. MATE is also very good with low configuration computers, so use MATE if you've an old or slower computer.

MATE also comes with many popular Linux distributions, such as, Ubuntu, Linux Mint, Mageia, Debian and many more. If you read my post on Release of Ubuntu 15.04 Beta 1, there you read that Ubuntu MATE, the first time is an official release.

"Welcome Ubuntu MATE official Release for the first time. Now it'll be easier for the users to keep their software updated, as all of its components are now in Ubuntu repositories."

The applications packed with MATE are Caja (file manager), Pluma (text editor), Atril (document viewer), Eye of MATE (image viewer) and many more. It’s a simple and lightweight DE for users who don’t need all the bells and whistles of other feature-packed DEs.

I don't know, If you know please comment below. MATE Just works fine. 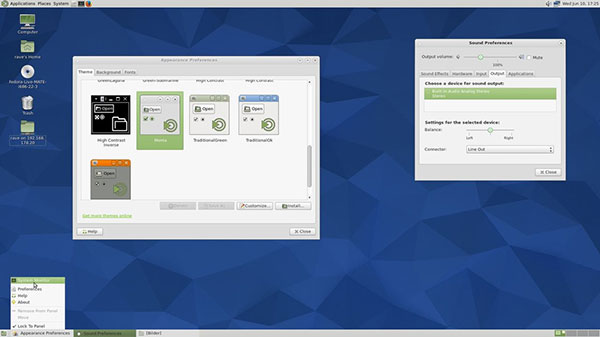 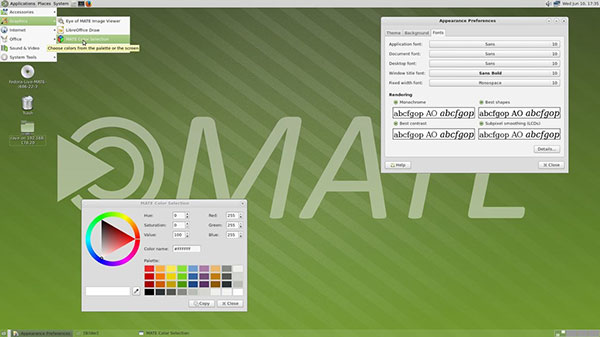 Cinnamon has all the features that DEs like Gnome and Unity don't have. Cinnamon is highly customizable DE and does not require any external plugin, widget and tweak tool to customize the desktop.  Cinnamon can even download and install themes from the settings manager itself, not even need to open up Internet browser.

With all the amazing and required features, Cinnamon can be very handy for any new user to Linux. Many users quit using Linux because they don't understand the way Linux works but I highly recommend that a newbie must start off with Cinnamon Desktop Environment.

Many popular Linux distributions offer their flavors in Cinnamon, such as, Ubuntu, Fedora, OpenSUSE, Gentoo, Arch Linux and Cinnamon is the default DE of Linux Mint.

Could be buggy sometime 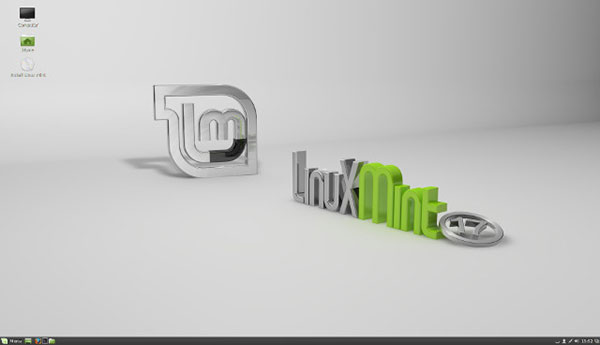 The #4 in my list is Gnome. Gnome was first released in 1999. Gnome was providing a simple and classic desktop experience without not much options to customize. But in 2011 Gnome introduced new design in GNOME 3 and that traditional desktop environment was replaced with GNOME Shell. And this ended up with dissatisfaction among Gnome users and many developers and this unhappiness caused the creation of many other DEs, such as, MATE and Cinnamon.

But even after that Gnome prevailed and now being used widely. Gnome have contained the core idea of simple and faster DE and that's why Gnome is still simple and faster. But customizations can be done through installing third parties applications and tools.

Gnome could be for those users who tend not to tweak the system alot more. That's why Gnome does not even include some simple tweak options like, changing theme and even font. For both of these basic tweaks user would need to install gnome-tweak-tool. So overall Gnome is not much customizable by default but through third party applications/tools.

Gnome is used as default DE in Fedora and is offered in several popular Linux distributions as flavor, such as, Ubuntu, Debian, OpenSUSE and many more.

Pros:
Simple, easy to use
Functionality can be expanded through extensions 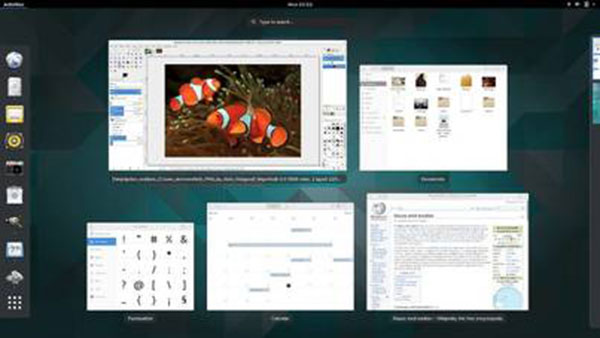 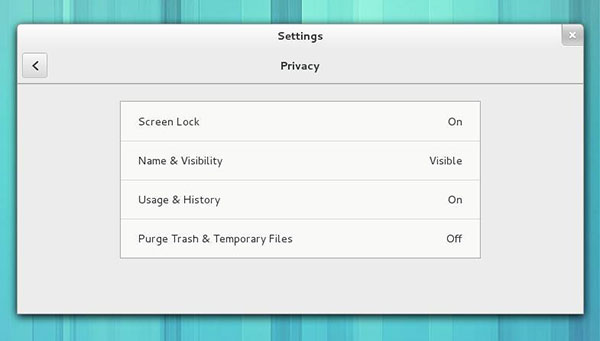 Unity is a shell developed by Canonical, the company behind Ubuntu. Unity runs on top of Gnome Desktop Environment and uses all core Gnome applications.

Initially it was developed to run on netbooks to make better use of the screen real estate. But when Gnome decided to go its own way and supposedly didn’t accept some changes proposed by Ubuntu teams, Canonical went ahead and created its own shell, which suited its needs better.

Unity first release came out in 2010 and since then Unity have got several improvements. Today Unity can be installed on other distributions like several other DEs.

Unity has a different user interface. Unity has a launcher on left side and on top of the launcher the search icon which is also called 'Dash' exist. When a file is sought on Dash, it gives results not only from Hard Disk but from online sources, such  as, Google Drive, Facebook, Picasa, Flick and more.

Unity also gives options to hide the launcher and show it when touch the sidebar. User can also increase/decrease sensitivities for showing up the launcher menu.

Unity is simple and faster but Unity is does not include much options under System Settings to customize the desktop. For installing themes and customizing different other options, such as, System menu should be visible always or not or 'One click minimize from launcher icon', user need to install third party tools. CCSM and Unity Tweak Tool are very popular customization tools for Unity Desktop Environment.

Unlike KDE user is not given option to block/disable notifications in Unity. There are tons of searches on the Web for 'How to disable Unity Notifications'. Although It's possible but quite difficult for a new user.
Add to that auto-hiding menus and a lack of official support by any major distributions, and Unity becomes extremely counter productive.