I felt a good impulse to write a little article about this theme, because there are few poor informations about it around the web. In many cases, are wrong or incomplete informations. So if you want to write a framework to iPhone and distribute it, you are in the right place!

I’ll treat here about how to construct an Universal Framework to iOS, what are the necessary configurations and everything else related to. We’ll focus on Xcode 4, but this is also valid to Xcode 3.x.

You can download the project I used in this article:

Doesn’t make many sense something with this description not be allowed in iOS, thinking in architecture and structure. Apple also says:

A framework is also a bundle and its contents can be accessed using Core Foundation Bundle Services or the Cocoa NSBundle class. However, unlike most bundles, a framework bundle does not appear in the Finder as an opaque file. A framework bundle is a standard directory that the user can navigate.

Good, now thinking about iOS security, performance and size, the only thing in a Framework definition which doesn’t fit in iOS technology is the “dynamic shared library”. The words “dynamic” and “shared” are not welcome in the iOS architecture. So the Apple allows us to work and distribute something called “Static Library“. I don’t like it! It’s not so easy as a Cocoa Framework, if a developer got your Static Library, he needs to set a header path too, or import the header files… it’s not useful, that’s a shit!

This is exactly what we’ll make in this article, let’s construct a Framework with Static Library, by the way, an Universal Framework.

Simple as that. If you need more informations about Dynamic VS Static libraries, try this Apple’s Documentation.

No more concepts, hands at work!

I want to show you step by step of the entire process, so let’s start with the most basic, create an iOS project. You can choose one application template in Xcode, this is not really so important, but remember to choose one template which could test your Framework code before export it. 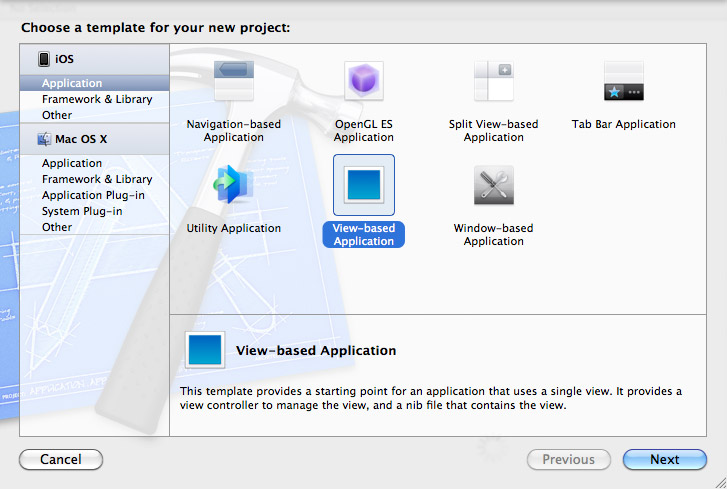 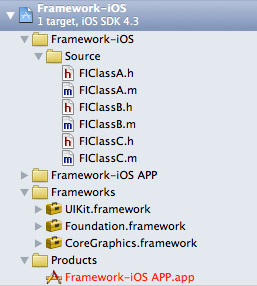 Now it’s time to create (or import) your framework classes, just as you are used to in any other application. Remember that organization is 80% of a good framework, so try follow all the Apple advices to create your classes names, methods, properties, functions, etc.

Remember to create an import header to make everything more simple and organized to the user of your framework. Remember to write this header file with a framework notation, just as shown in the image bellow. Also remember to create your classes taking care to hide the classes which should not be visible to the other developers (users of your framework). We will set the public and private headers soon, but it’s very important to you protect the “core” classes, I mean, that classes which you don’t want to make visible to other developers.

For those private classes, you could import their header inside the “.m” (or .mm, .cpp, etc) file of a public class, by doing this you protect the header of private classes. Well, I know you probably already know that, I’m saying just to reinforce.

After you have all the classes (and also other files, like images, sounds, etc.), you are ready to compile a custom framework. In the next step, we’ll create a target to compile our framework, this will be our first big trick!

OK, let’s create a target to compile our framework. Click on the icon of your project in the project navigator at the left and hit the button “Add Target”. A new window will come up. Now is our first trick. Instead to create a “Cocoa Touch Static Library” or a “Cocoa Framework” we will create a “Bundle” target.

Now, the Bundle target could be the best choice. It can hold any file we want, we can compile source code inside it and… we can turn it into a framework. To say the truth, almost all “Framework & Library” targets could be turned into a framework too, even the “Cocoa Touch Static Library”, throughout this article you probably will figure out why. For now, let’s create a Bundle target. 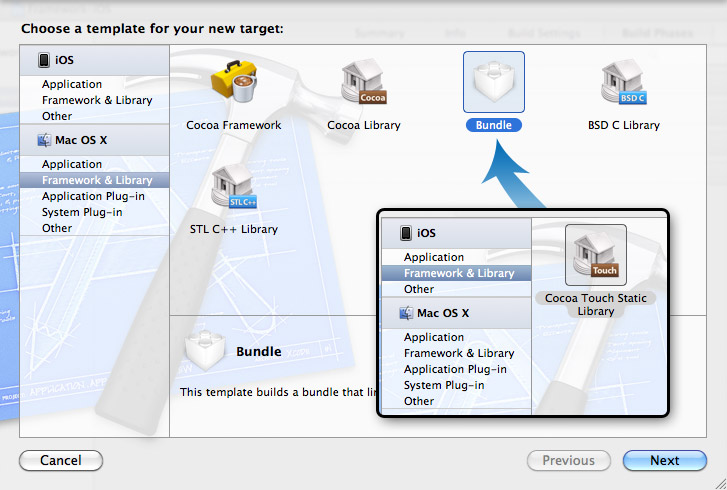 It’s time to make all the necessary changes to the Bundle target. First of all, make sure you have cleaned up all the default files from the Bundle target. Remove the linked frameworks (you can find it clicking in the “Build Phase” tab and then they are in the section “Link Binary With Libraries“) and delete the Preference List file (.plist), the pre-compiled headers (.pch) and the language files.

I’m sure you already know this, but just to reinforce, here is the Build Setting screen, you can find it by clicking on the project icon in the left project navigator and then clicking in the “Build Setting” tab.

You must make a special Build Setting to turn a Bundle into a framework.

Here is our second great trick, or should be better to say “tricks”. Let’s change the “Build Setting” following this list:

5. Adding code and resources to the Bundle (Framework)

It’s time to place the content in our framework and define the public headers. To do that, with the Bundle target selected, click on the “Build Phase” tab. At bottom, hit the button “Add Phase” and then “Add Copy Headers“.

Open the recently created “Copy Headers” section and separate your public headers from the private or project headers. The difference here is:

Now, open the “Compile Source” section and put there all your .m, .c, .mm, .cpp or any other compilable source file. If your framework include not compilable files, like images, sounds and other resources, you can place them in the “Copy Bundle Resources” section, in the example of this article, I used no resources. This is how your “Build Phase” will looks like: 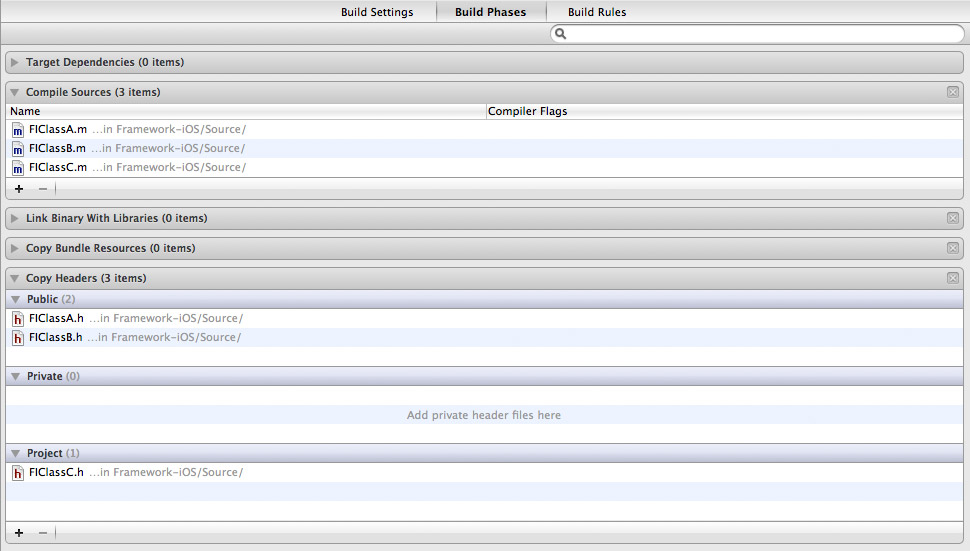 Define your compilable source and the headers.

This is an important change to compile our framework. You don’t need to compile it in the Debug modes, we just need the Release mode, because if you have any Macro in your code which works only in Debug mode, like DEBUG macro, it will assume the configuration of the product that the other developers will make. So to us now, only the Release is important.

You can change it accessing the menu Product > Manage Schemes… or by the schemes short cut: the drop list in front at the Build/Run bottom in the top left corner of the Xcode window.

At this point could be a good idea to delete all the current schemes and then press the button “AutoCreate Schemes Now“. The important is select your framework target and hit the button “Edit” at the bottom. In the next window, change the “Build Configuration” from Debug to Release. Change to Release in all the situations: Run, Test, Profile, Analyze and Archive. By doing this, we ensure that our framework target will always compile the Release version. Build the custom framework only to Release.

I’ve tried another way, like create an “integrator” and I placed two targets to its “Target Dependencies”, but trust me, it’s worst, because you need to change 2 targets instead 1 in cases when you change the framework content. Besides, the dependencies will assume the architectures of the “integrator”, so you need to compile twice too. Anyway… the best solution I found until now is use only 1 target and build it twice. If you find a better one, please tell me. After the compile complete, you can see in the “Products” folder in the Project Navigator at the left, that your framework product now is active. Right click on it and hit “Show in Finder“. Take a look at this product, its is your iOS Framework! Great!

But we’re not done yet. You can test this product in other applications if you want, but it will only work to one architecture. We must to create an Universal version of this product. If you look around your framework product in the Finder, you’ll see that it is in a folder called “Release-iphoneos” (if you didn’t change the destination folder in the Build Settings). And if you have compiled to Simulator too, you’ll see another folder called “Release-iphonesimulator” which contains the same framework product, but this version is for architecture i386.

So, let’s join both products into one.

To join both architectures products into one, we must to use the Lipo Tool. It’s a tool which comes with iOS SDK, just to know, it is in “/Platforms/iPhoneOS.platform/Developer/usr/bin”, its file name is “lipo”. But we don’t need to know this path, Xcode can deal with it to us.

Let’s add a new target, hit the “Add Target” button, just as you did with Bundle Target. At this time a good choice is the “Aggregate” target. It doesn’t create any product directly, its purposes is just to aggregate another targets and run some scripts, exactly what we want! 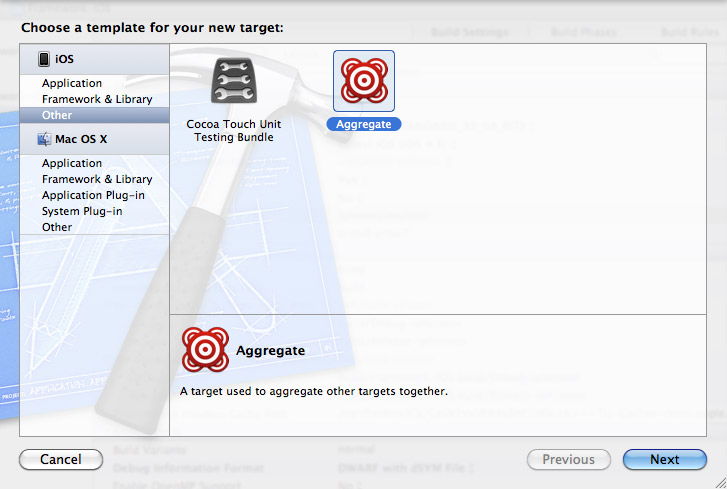 Use the "Aggregate" target to construct a run script.

We are almost there, now it’s time to create the Run Script to use the Lipo Tool. Well, you probably will need to make some changes in the code bellow to fit it to your framework name or folders (if you set different folders to build for). Here is the script to use: 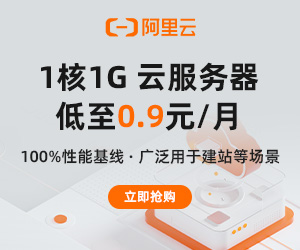