Free decentralized storage and bandwidth for NFTs on IPFS and Filecoin. 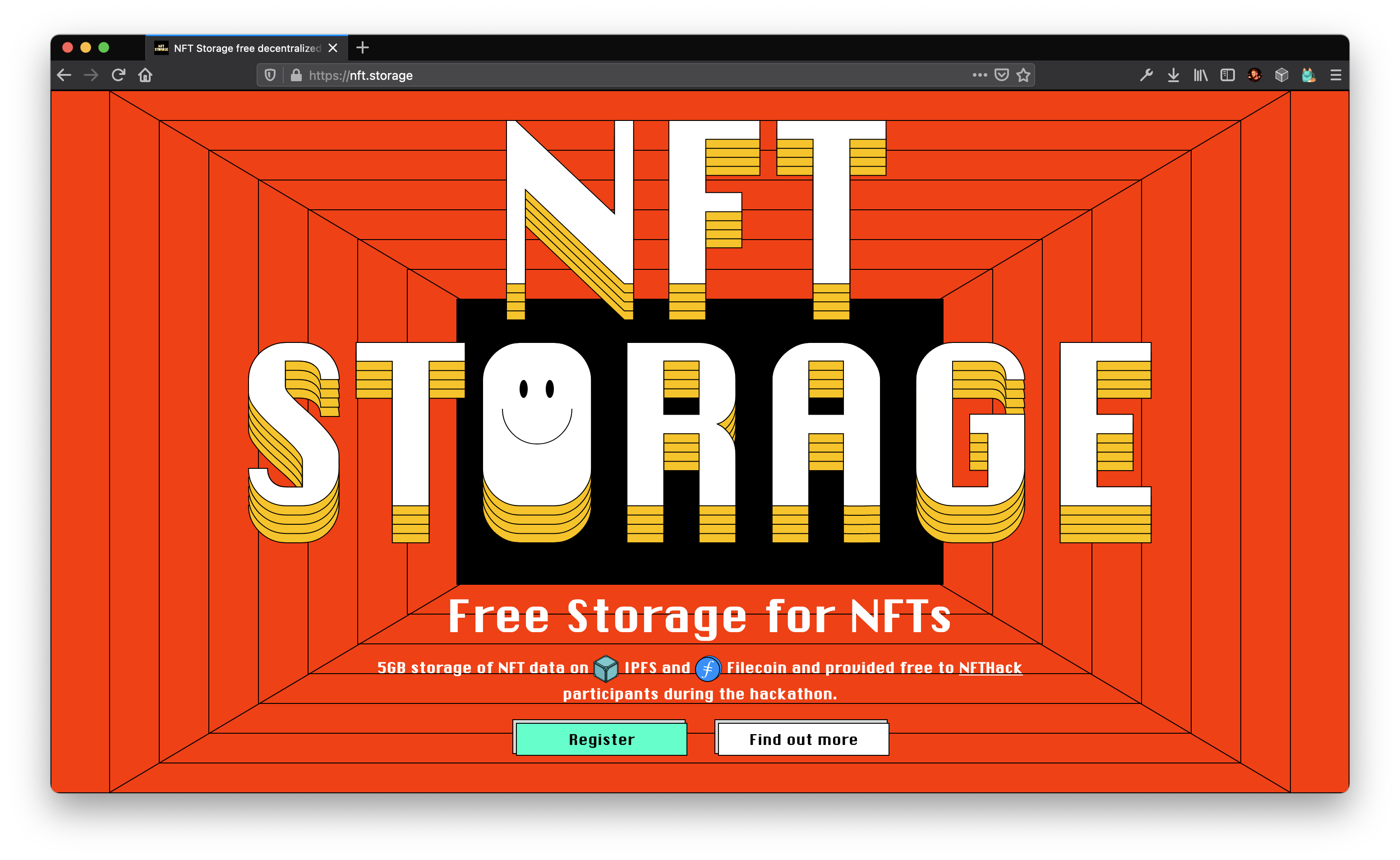 The JS client library is the official and supported client to nft.storage. Other libraries listed have been generated from the OpenAPI schema and are experimental, unsupported and may not work at all!

Check out the HTTP API documentation.

Instructions for developers working on the nft.storage API and website.

We use yarn in this project and commit the yarn.lock file.

The site should now be available at http://localhost:4000

Release Please automates CHANGELOG generation, the creation of GitHub releases, and version bumps for our packages. Release Please does so by parsing your git history, looking for Conventional Commit messages, and creating release PRs.

These Release PRs are kept up-to-date as additional work is merged. When we're ready to tag a release, we simply merge the release PR.

When the release PR is merged the release job is triggered to create a new tag, a new github release and run other package specific jobs. Only merge ONE release PR at a time and wait for CI to finish before merging another.

Release PRs are created individually for each package in the mono repo.

How should I write my commits?

The most important prefixes you should have in mind are:

Feel free to join in. All welcome. Open an issue!

This repository hosts the HTML Standard. Code of conduct We are committed to providing a friendly...
0 评论
0 收藏
分享